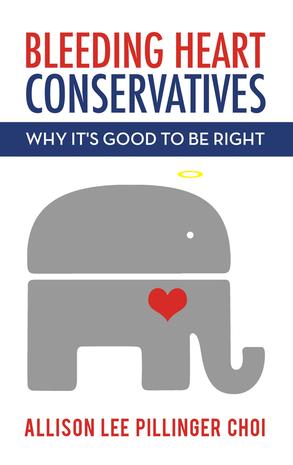 All author proceeds will be donated to organizations which aim to improve our society through conservative-minded values of self-empowerment, educational freedom, and military service:

The Doe Fund is a non-profit organization offering a hand up, not a hand out, through providing work, training, housing, and support to individuals seeking to break the cycles of homelessness, criminal recidivism, and substance abuse.

KIPP (Knowledge Is Power Program) schools are a national network of public charter schools successful in helping students from educationally underserved communities develop the knowledge, skills, character, and habits to succeed in college and the competitive world beyond.

Freedom Alliance is a charitable organization which advances the American heritage of freedom by honoring and encouraging military service, supporting our service members and their families, and promoting a strong national defense.

Bleeding Heart Conservatives
Why It's Good to Be Right

The human spirit is at the heart of conservatism.

Conservatives have become a marginalized and misunderstood demographic in pop-political culture. They are not as they are often portrayed: greedy, racists, sexist, homophobic, etc. Rather, conservatives believe in equality, opportunity, accountability, freedom, and independence. Harvard graduate Pillinger Choi – raised by veteran and immigrant parents who know the U.S. as a country worth fighting for and worth cherishing – presents conservative views on fiscal, social, and foreign policy issues from a modest and compassionate perspective.